The City Fund has joined the Walton Foundation, the Broad Foundation, and the Chan Zuckerberg Initiative (CZI) in the upper echelon of spending to privatize public education. (Gates is in a spending zone of his own.)  City Fund grants are of the same magnitude as CZI’s and approximately half the size as those from the Walton foundation. Since its establishment in July, 2018, City Fund reports issuing $110 million in large grants defined as more than $200,000; smaller grants not accounted for. Founders John Arnold and Reed Hastings have also provided the associated political action group, Public School Allies, with $15 million.

Reorganizing and Retooling the Attack on Public Schools 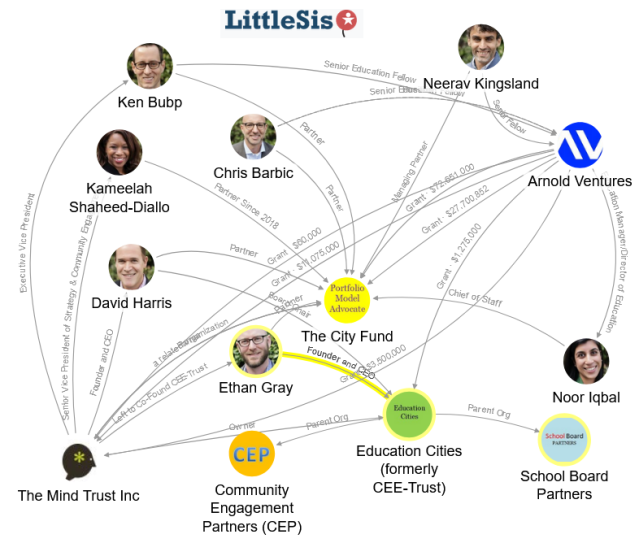 On the ides of March (2018), the Indy Star reported that David Harris the CEO of Mind Trust in Indianapolis was leaving to join a new national organization. Since Julius…