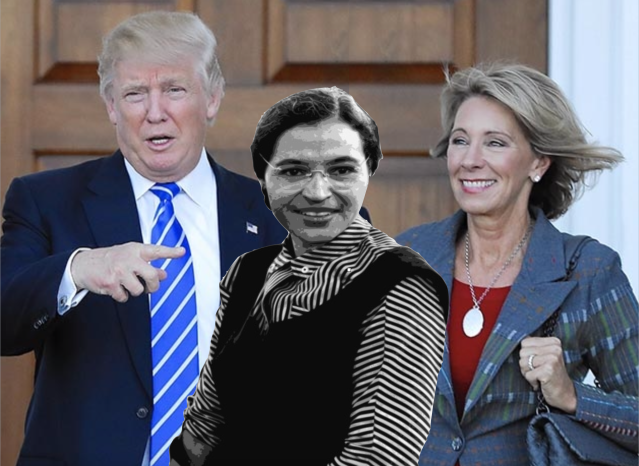 They say history is written by the victors.

But fortunes change, and sometimes you can even reclaim a figure from the past who the last round of winners had cast in an unlikely role.

She is universally hailed as a hero of the civil rights movement because of her part in the Montgomery Bus Boycott.

Everyone knows the story. Parks, a black seamstress in Alabama, refused to give up her seat to a white man on a segregated bus and was arrested. Then working with the National Association for the Advancement of Colored People (NAACP), Dr. Martin Luther King, Jr., and many other activists, she helped encourage black people throughout the city to stop riding the buses until they were eventually desegregated.

But did you know that 40 years later after she had moved to Detroit, Parks tried to open a charter school?