The video for the event can be viewed here.

During the Q&A portion of the event, several individuals confronted Moskowitz about the manner in which she runs her schools. 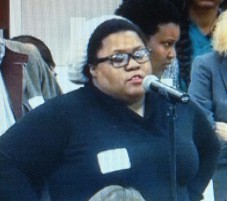 I recognized the name because I have read and written about the lawsuit, Olgundiran et al. versus Success Academy Fort Greene et al., filed in US District Court (Eastern District of New York) against five defendants, including SA Fort Greene and its principal, Candido Brown, for his having created a “got to go list” of students whom he obviously intended to force out of SA Fort Greene. The plaintiffs in…